Andrzej's Blog - Proud to be European 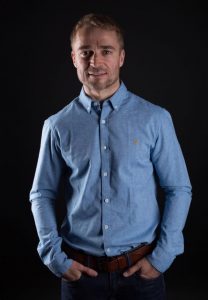 I first came to Britain in 2001. Poland was not part of the European Union then. I had to apply for short term visas, which meant my passport was locked away in the Home Office for months at a time, restricting my ability to visit home or travel to other places. Even when I did have my passport, air travel was so expensive that I had to take the bus back to Poland to visit relatives – a bus journey that took 28 hours. Those first few years were difficult. Trying to make my life in London was restricted with regulations and rules that made it very hard to set up a business legally and contribute back to the country by way of taxes.

When Poland joined the EU in 2004, all that changed. I was able to really develop AG Cleaning Services, the free movement of people making it easier to hire the staff I needed to grow the business. The budget airlines expanded their routes and travel between the UK and the other new countries became much cheaper. Whilst it’s no doubt that people from other parts of Europe have benefited from being able to come to the UK to work and live, I can see the UK itself has benefited from the rich diversity of people coming here. London is an even more diverse, multicultural and interesting place than it was when I first came. People from all over Europe, all over the world, coming together and coming up with new ideas, new culture, and new businesses.

In 2010 I became a British Citizen, a very happy day in my life. Now I’m proudly British, proudly Polish, and proudly European. I hope that whatever happens in the future, people from across Europe will be able to continue to come together, live together, and work together and make our world a more diverse and prosperous place.


Next /Prevoius / All News

Hello everyone. This month I just wanted to talk briefly about the benefits of using a professional cleaning company over a private cleaner. Obviously there is the temptation of “going private”...

It may seem that baby allergies don't have much in common with cleaning, but when you finish reading this article, you will realize that you might actually want to change some of your habits, you may...

Unless you’re lucky enough to be one of those morning people, or at least have the luxury of working from home, getting up and out in the morning can be quite a trial, especially at this time of...